Export involves the selection of one or multiple countries, where to sell goods and services. It is one of the key decisions in the internationalisation process for any business. To maximize turnover abroad and avoid entering substandard markets, a fact based decision is of great benefit to any business. But which facts? What is the best way to evaluate countries and markets? No standard answers can be given to these questions. The variables for evaluating the export potential of a country can be very different – depending on the type of business, its product, the market, international experience and so on. Many country rankings can be found when searching online. Various variables are used for rankings. An often used variable is economic growth – measured by the growth of the Gross Domestic Product (GDP) of a country. GDP growth is an important variable, as it indicates expansion of the economy and increasing export opportunities. But, the numbers might not indicate opportunities all the time.

The graph below shows the economic growth (GDP growth %) of a selection of European countries in 2016. 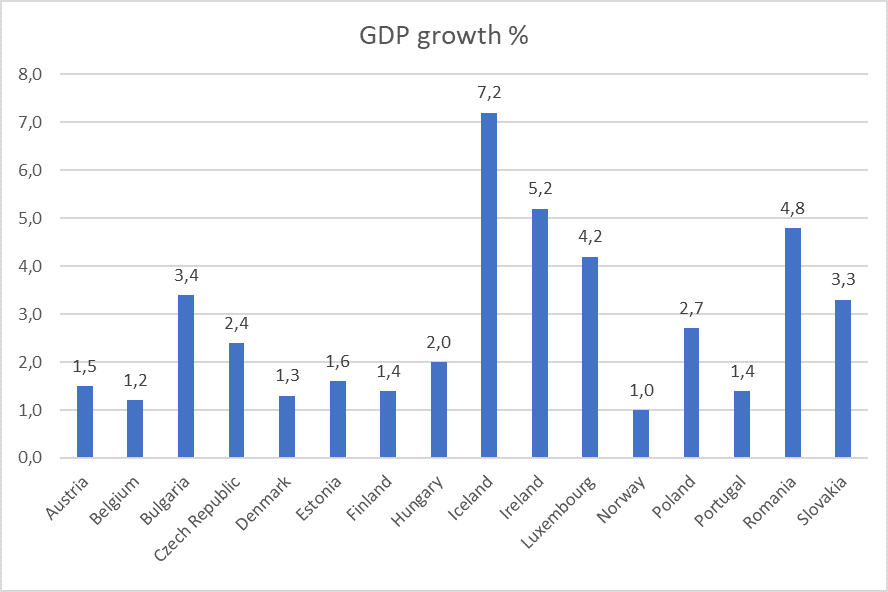 The graph indicates the highest economic growth for Iceland. Does that make Iceland the new hot export destination in Europe? Let’s look at it from slightly different angle. GDP growth is not the only important variable. The absolute size of an economy (measured by its GDP) is also important. The general logic is that larger economies give often more opportunities as smaller ones. The graph below plots the GDP growth rate from the previous graph against the GDP size in billions of euro. 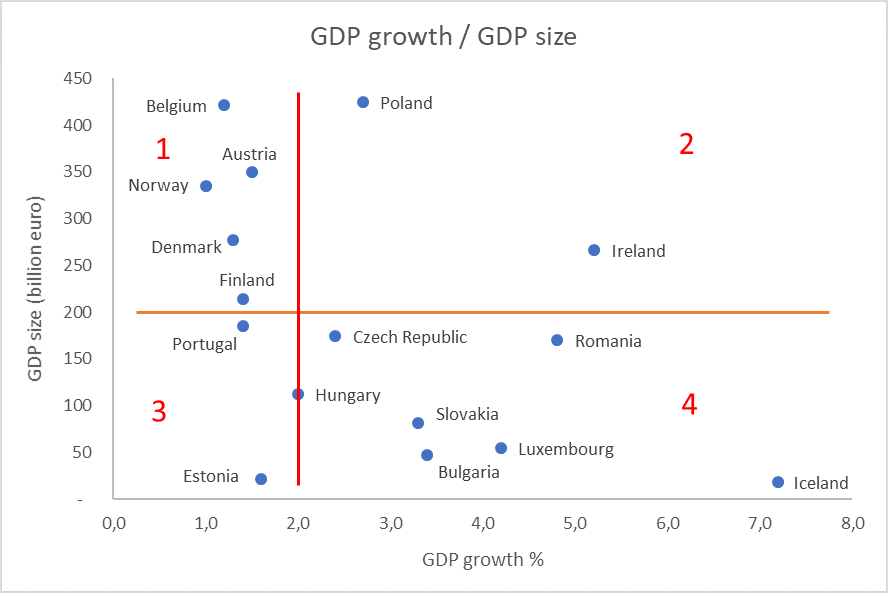 This graph is divided in four quadrants. The delimitation of each quadrant is arguable. For GDP growth a threshold is used of 2%, where countries having a growth over this number are attractive for export. For GDP is used the average of all 16 countries. Countries in quadrant 1 are growing slowly but have a reasonable sized economy. Tough competition can be expected when entering these markets. A stable revenue can be expected because of the size of these economies when a place is conquered. Quadrant 2 has the countries with a substantial volume and a high growth rate. These countries are interesting to enter because they have size and growth. Quadrant 3 is less attractive containing low growth and low volume economies. Finally, quadrant 4 shows the upcoming economies that still lack volume, but due to their fast growth might develop volume over time. These are promising economies.

The picture changes a lot for Iceland, it is no longer attractive for export, due to its small economy. Poland and Ireland are looking now like the most attractive destinations. And Romania is the runner up, due to its substantial GDP and excellent growth rate of 4,8%.

Another important variable is the size of the population; the more people live in a country the higher the export potential. This is only true if the population has an income to spent. By dividing the GDP by the number of people, we get an indication of the relative income of people. The final variable is the GDP per capita. It indicates how much goods and services are produced per inhabitant. The graph below shows the previous one, the size of every bell represents the relative size of the GDP per capita. The source data is in the table at the end of this article. 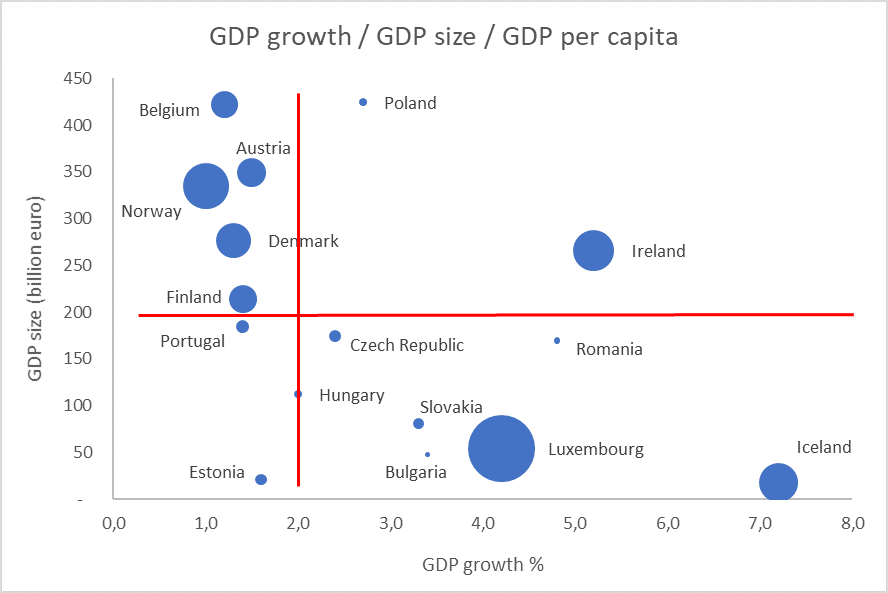 What is to be learnt from this? Rankings can be made of many variables that, have different results. As such, rankings are not that useful – if not wisely put into context. A high GDP per capita looks good for exporters of consumer goods, as it suggests spendable income among the population. A low GDP per capita indicates low wage levels that are interesting to a company searching for an production outsourcing location. These examples are far too limited to say anything reliable. Only proper well informed analysis based on the business case at hand can give the right information. 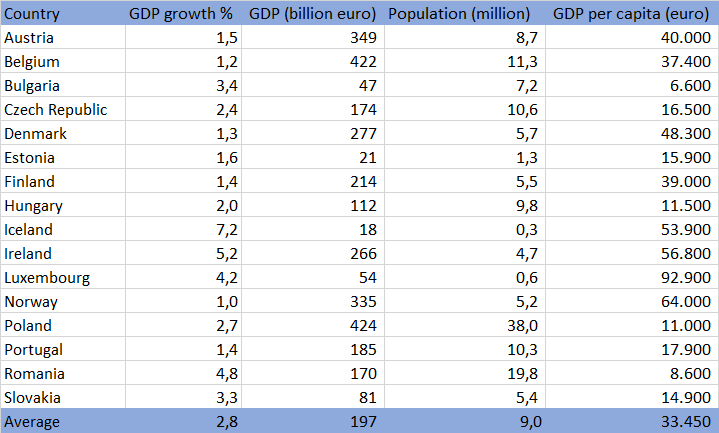